One of my first experiences of clinical research was in my first PEM job (depressingly, in the last century). This was work in what became known locally as ‘The Spotty Rash’ trial. A child would present with a non-blanching rash, I would heave a deep sigh and go and assess them before measuring EVERY SINGLE spot on their body and then documenting EVERY SINGLE spot on a body map.

They then had bloods taken but I was left to decide whether the child needed antibiotics and admission or not. I and my fellow minions did this for a year (hence the deep sighing) and from this data and the data of many others an algorithm was produced –

The Newcastle-Birmingham-Liverpool (NBL) algorithm (which can be found here)

Later on NICE produced their own guidance in the form of clinical guideline CG102.

However, these algorithms and guidelines were produced over 10 years ago now. Are they still valid and is one guideline more sensitive and specific than another? These were the questions looked at recently by Riordan et al, and summarised below: 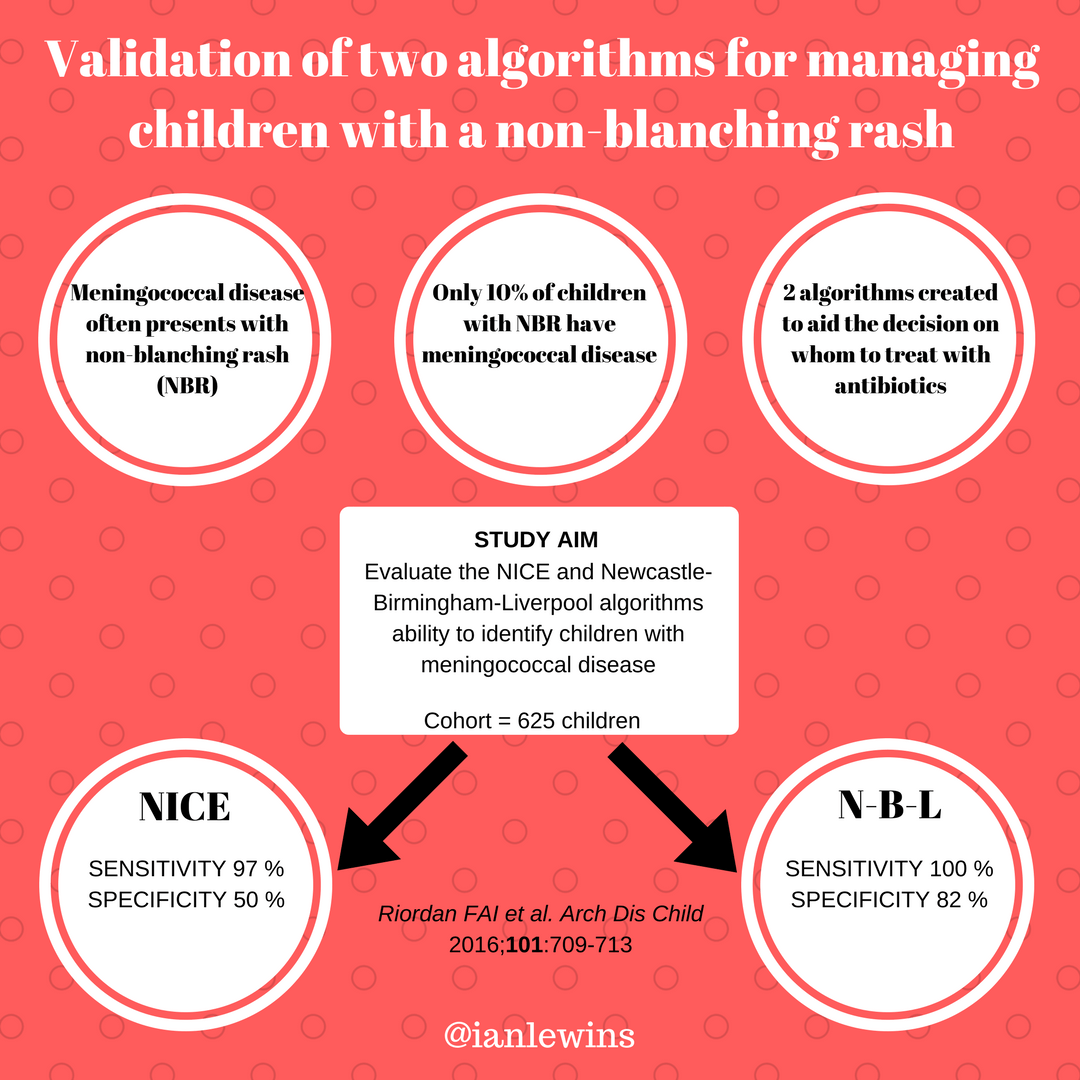 Ian is a Paediatric Emergency Medicine Consultant based in Derby. He loves #FOAMed, Apple products, Comics, running and his family. In that order. He dislikes cauliflower cheese.

View all posts by Ian Lewins

Author: Ian Lewins Ian is a Paediatric Emergency Medicine Consultant based in Derby. He loves #FOAMed, Apple products, Comics, running and his family. In that order. He dislikes cauliflower cheese.
September 27, 2017 0