In our second episode of ‘The Three Muskapeers’ Drs Damian Roland, Alasdair Munro and Ian Lewins have a chat about what’s new in the literature about COVID-19, including current challenges and controversies in Paediatrics. Contains scenes of rib-tickling. 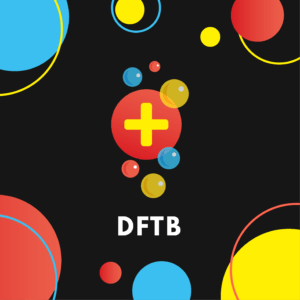 Curiosity is the wick: Ross Fisher at DFTB19

This final talk from DFTB19 is something else. So sit down, pour yourself a cup of hot cocoa and listen to the mellifluous tones of Mr. Ross Fisher.

Don't Forget the Bubbles
Curiosity is the wick: Ross Fisher at DFTB19

Fiona Reilly is many things as we found out at DFTB17. In this talk from the final plenary session of DFTB19 she takes us on a journey – from her early days working in rural Australia to now, working at a big city hospital – and she reminds us that there are always lessons we can learn along the way. Showing up can be hard, but with a little extra care, we can be there for our patients.

Andy has always had an affinity for John Carter, as played by Noah Wyle, from the TV series ER. The night ER premiered on UK television happened to be his very first ED shift as a medical student at the Chelsea and Westminster Hospital.  He remembers sneaking away to the lounge to watch it. His first ED experience was nothing like Carters but he was hooked.

He went to Chicago to do his elective and saw them filming in the snow in between shifts at Northwestern and when he returned to England to prepare for finals they would gather around the TV trying to make the diagnosis before the medicos on the television. They called it revising, but really it was escaping from the textbooks for a short time.

His interest wained nearer the end of the run. Carter had been through many trials, as had he, but one thing has stuck with him more than anything else. It was something passed down from David Morgenstern (William H. Macy) to Mark Greene (Anthony Edwards), and then more importantly from Greene to Carter. That is the basis for this talk.

Giles Armstrong reminds us that curiosity is needed for all of our young patients and that without it, we cannot truly care for them. We have to be the detectives and be prepared to ask the questions, not just to the routine questions, but to the unspoken ones. Giles presents us with some challenging, but very realistic scenarios, in which it is easy to miss the subtle clues if you don’t look for them.