Home > View All > Stabbings in adolescents

It’s a regular day in your Paeds ED. You’ve just pulled a piece of lego out of a child left nostril; there are two wheezy kids waiting for review to see if they can stretch to two hours; and there is a 2 month old with a rash that you’re currently seeing  – everyone is waiting for you to come up with a clever diagnosis. As you stare at the spots and wait for some inspiration, you hear one of your nursing colleagues call… 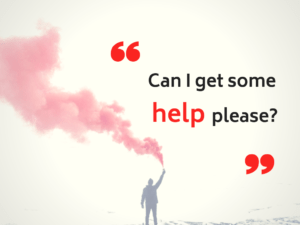 You get a temporary reprieve from your dermatological dilemma and head out into the corridor There is a teenager standing there bleeding from his leg. He’s been stabbed. 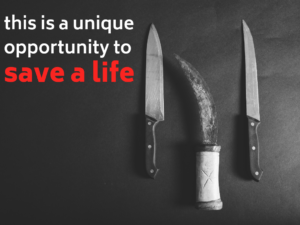 I’m lucky to work in an MTC with experts all around me (who have helped me shape this post and my EMTA presentation). 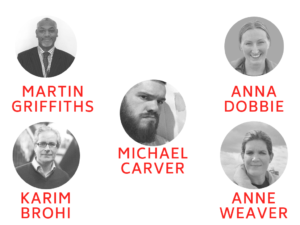 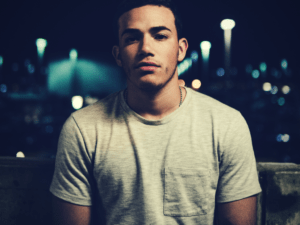 You put out a trauma call to get some help, and move him onto a bed. 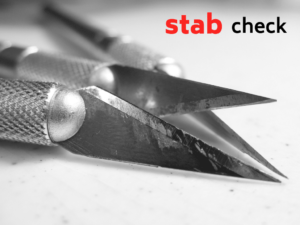 First thing to do is a stab check. Do this quickly and do it early in your assessment. You need to check the axilla, groin, perineum, back, and buttocks. The reasons for this is that these places are the easiest to miss. You don’t want to be focusing on Kieran’s thigh wound, when there is actually another, more serious, wound that you haven’t spotted.

I looked at the data from the Major Trauma Centre I work in – children with stab wounds presenting to our ED over the last three years. 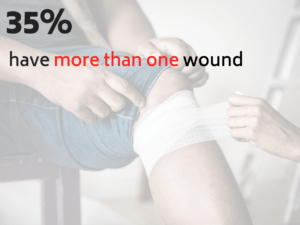 So it’s important to look. The most common were buttock wounds, and of those in 70% the buttock wound was actually the second wound.

But this makes the second piece of advice a bit tricky – try to get a rapport with Kieran. This will be tricky as he most likely will not be overjoyed at you examining his perineum: “What on earth are you doing looking at my penis when I’ve been stabbed in my leg?”.

You can’t force him, but make sure you do the best stab check you can, and don’t miss the real injury

It’s time to decide about imaging. From our hospital’s data, 14% of patients went home from ED with no imaging at all (and most of these were due to a single stab wound to the thigh), so you don’t have to image just because he’s been stabbed. It depends on where the injury is – know your anatomy and the likelihood of a vascular injury. If there is excessive bleeding (or a haematoma indicating concealed bleeding) then get a CT angiogram.

Kieran has a wound on the anterior aspect of his thigh – it looks superficial, there is no active bleeding, and no haematoma. You stitch up his wound and observe him in ED for a few hours to check that no haematoma accumulates. In the meantime you call him mum to let her know Kieran is in hospital and to come and collect him.

I said this was a unique opportunity to save a life and you’ve aced it. He’s off home with his skateboard and his mum, to frolic with his friends in the park and study hard for his exams. You’ve nailed it. 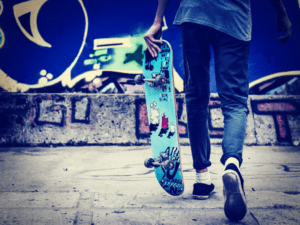 Another typical shift in Paeds ED, you’ve just pulled out two earrings embedded in a toddler’s ears, you’re debating trialling salbutamol in an 11 month old with bronchiolitis (but you remember from recent evidence that you shouldn’t bother), and a four-year-old arrives having ingested some Lego – his mum is wondering when it’ll come out. You take a deep breath, and are about to launch into a long story about something you did once that was kind of funny and kind of gross, when you hear a shout: 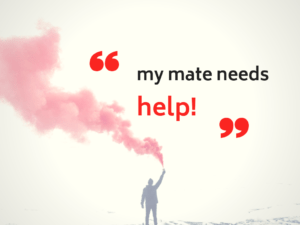 This time you know it’s worse. You rush out into the corridor and see two teenagers – Kieran and a friend/ Kieran’s friend has his arm is over his shoulder as he drags him in. Kieran looks pale and sweaty, and he has blood all over his hoodie. This isn’t good.

You put out a trauma call again to get more help.

You do your stab check, the same as before. Kieran just has has one wound to his chest.

Treat every central stabbing as an emergency 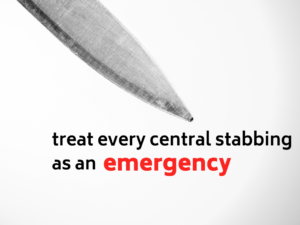 Make sure you treat (and find) the life-threatening injuries first. Do a careful primary survey – think about what you’re looking for, i.e. what are the likely consequences of being stabbed in your chest or abdomen?

You can do a focused FAST (if you can)– particularly look to exclude pericardial effusion. However, remember that a negative FAST shouldn’t rule out an injury. 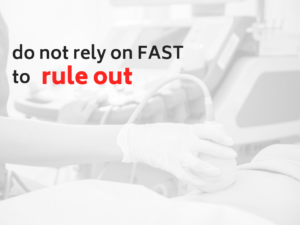 Essentially every patient with a central stab wound will need some imaging. At the least a formal ultrasound but most likely a CT. Also check a venous blood gas – healthy teenagers can compensate well, but the gas will give you a clue as to whether there’s something more worrying going on.

Kieran has a mid-thoracic wound and is looking pale. You decided to get a CT chest, abdo, and pelvis.

While you are waiting for this you are wondering what else you could be doing. Someone asks if you should give him tranexamic acid.

There is no specific evidence around stabbings – all the research is on major trauma in general. Also, the research is all in adults, but relatively minimal side effects have been reported. The RCPCH guidance suggests that we take note of the CRASH-2 results. This study was in 20,000 adults and showed that tranexamic acid (TXA) reduces the risk of death from bleeding in major trauma patients. The recommendation is that in unwell children (either actively bleeding or haemodynamically unstable) it is worth given TXA. It should be given early, and there is no benefit to giving it after three hours (and some indication of potential harm). The dose is 15mg/kg loading dose over 10 mins (then an infusion of 2mg/kg/hr for eight hours) or give an adult dose for those over 12 years, so 1g and then an infusion of 1g over 8 hours.

You decide to give Kieran some tranexamic acid. He’s actively bleeding, he’s tachycardic, and he looks pale. 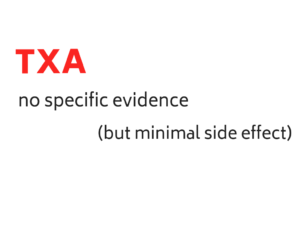 This is a good time to call for help

You have a patient with a central stab wound who is tachycardic, bleeding, and looking unwell. Call your nearest Major Trauma Centre for advice – that’s what they are there for. In reality, most haemodynamically stable patients can be managed in a trauma unit rather than having to be transferred to an MTC. If your patient is haemodynamically unstable then get your general surgeons down to review. They can decide whether the patient is safe to be transferred to an MTC, or needs to go to theatre now.

In our stats, 6% of our patients went to theatre. Most of the surgeries were laparotomies, with a couple of  cardiac surgeries, hemi-craniotomies, and a few vascular repairs.

The end is nigh

If your patient says this, take it seriously. We know from our pre-hospital colleagues that patients like Kieran, who are usually young and fit, aren’t complainers. If Kieran thinks he’s going to die, he’s probably about to arrest, so take note and get ready.

Kieran doesn’t die. His CT shows a haemopneumothorax. He gets a  surgical chest drain which drains 500ml and then the bleeding stops. He stabilises. Kieran is admitted overnight for observation and monitoring on the paeds ward. His parents are on their way in.

But your unique opportunity to save Kieran’s life is still to come.

Like 40% of our young stabbing victims five years ago, Kieran re-presented to ED a second time. But with the robust violence reduction programme we have implemented at our MTC, my colleagues have reduced this rate to 1%.

This has been through a multi-pronged plan. The St Giles SOS programme offers community support for stabbing victims; we provide youth violence training for our ED staff; we have an adolescent trauma pathway which means that Kieran will be admitted to a paediatric ward rather than an adult one. And soon we will have a Violent Crime Reduction Officer, the first one in the UK – a caseworker who will work with those under 25, just like Kieran, who can go home but need support to prevent future criminality.

Of course we don’t all work in an MTC with a comprehensive violence reduction programme. However, you can still make a difference. 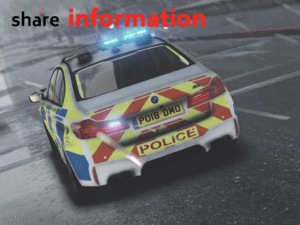 Refer all your stabbing victims to safeguarding and social services. Five years ago the evidence showed that only 16% of under 18s with knife injuries were referred on to social services,  and only 31% were discussed with the police. Every ED should have a lead to handle this data and share it, so make sure you have one and know who it is. It is through sharing this data that we can get a better picture of when, why, and how these injuries happen. This will allow an inter-disciplinary approach to tackling the problems of knife crime.

But most importantly, you may be the only professional this young person ever talks to – make the most of it. 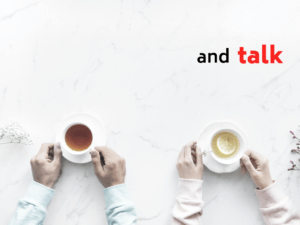 Talk to Kieran about safety at home, school, friends, and what makes him feel safe. Create and open a relationship and aim for your reachable moment with him. Actually 2016 data suggests only 4% of knife injuries are gang-related so it is much more likely that Kieran has just got in with a bad crowd or having trouble at home, rather than that he is entrenched in a gang that he cannot escape from. You really could make a difference here.

This is your unique opportunity to save a life. Yes, that might be through keeping a cool head, and treating safely. It might be through doing a stab check, a clear primary survey, imaging where appropriate, and speaking to the experts when you need to.

But more likely, your unique opportunity to save a life is in seeing and talking to Kieran. Use this chance to connect and share information, not by being a trauma surgeon, but just by being human.

That is your unique opportunity.

Note: Anne Weaver and Anna Dobbie will both be delivering trauma talks at DFTB19 (17-19th June in London) – come and join us.