Home > View All > Does consuming peanuts in infancy reduce the likelihood of allergy?

Does consuming peanuts in infancy reduce the likelihood of allergy? 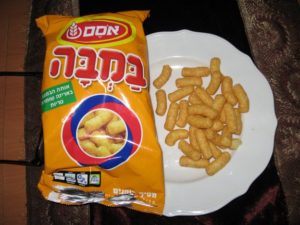 Following the discovery of these results, the hypothesis was that the early introduction of peanuts led to a reduced rate of peanut allergy. And so the LEAP study (Learning Early About Peanut allergy), that you’ve been reading about all over the media this week, was born.

Who was included in the study?

The study included patients aged 4-11 months with severe eczema and/or egg allergy seen at one site in the UK over a three year period.

What were the different study groups and what was the intervention?

Patients had a skin test at the beginning of the study and were split into those who had a positive reaction and those who didn’t.

If they had a reaction to the first peanut challenge, then they were excluded from the study.

What were the outcomes and how were they assessed?

Patients were reviewed regularly over the 5 year period.

The primary outcome was peanut allergy at 60 months of age which was diagnosed via an oral food challenge. This was assessed by measuring wheals, and also by measuring peanut-specific IgG4:IgE ratio

What did the results show?

At 60 months of age, 13.7% of the avoidance group and 1.9% of the consumption group were allergic to peanuts (86.1% relative reduction in the prevalence of peanut allergy).

For those who had a positive baseline skin-prick result, at 60 months of age, 35.3% of the avoidance group and 10.6% of the consumption group were allergic to peanuts (a 70.0% relative reduction in the prevalence of peanut allergy).

How do the authors know if participants were compliant with peanut consumption?

Surely there were some adverse outcomes here?

99% of participants in both groups reported at least one event. There were no deaths. Interestingly there were more episodes of anaphylaxis in the avoidance group than in the consumption group.

The results seem fairly conclusive – peanut consumption was associated with an 86% reduction in peanut allergy at 60 months of age (among participants who had had negative results on a peanut-based skin-prick test at study entry); and there was a 70% reduction among those who had had positive test results at study entry.

What's next for this study group?

It’s not known what will happen to these patients in the future. Do they need to continue with peanut consumption to avoid developing an allergy, or can they just stop consuming peanuts?

That’s where LEAP-On (Persistence of Oral Tolerance to Peanut) comes in. Watch this space…