You are a junior doctor working in ED. A 4-month-old girl, Lisa, is brought in by her parents with suspected bronchiolitis. On reviewing her history, her Dads tell you that Lisa is adopted, and is being fed donor breastmilk (and formula when they can’t access sufficient volumes). You’ve never encountered a baby on donor breastmilk, so you aren’t sure of the implications. You ask your friendly paediatric registrar about it…

Given that human milk is vastly superior to formula, it stands to reason that if a baby can’t be fed milk by his or her own mother, donor breastmilk should be the next step. Families wishing to access such milk must utilize either formalized milk banks, wet nurses, or private donor arrangements. The use of wet nurses (direct feeding of an infant by a lactating woman other than the infant’s mother) is very unusual these days, though still occurs in some cultures. 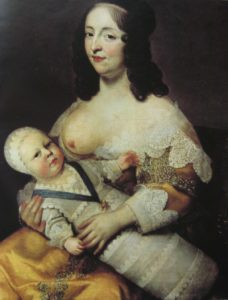 Formal ‘milk banks’ were quite prevalent a few decades ago, until HIV fears in the 1980s shut many facilities down. With new protocols for screening and techniques for pasteurization available, a resurgence in milk banking is being seen across the globe. Currently, a small handful of milk banks exist across Australia, predominantly to provide donor milk to vulnerable premature and low birth weight infants in Neonatal Intensive Care Units.

Formal milk banks cost a lot of money to set up (AUD$200,000-$250,000) and to run (AUD$150,000-$250,000 per year). Donors are screened in a very similar fashion to blood donors, with questionnaires and blood tests, and the milk is pasteurized to remove bacteria and viruses. Some live components of breastmilk are denatured in this process, but many important immunological and nutritional features remain. NICU infants are prime donor milk recipients, given they require so little compared to their older infant counterparts, and human milk has been shown to reduce rates of necrotizing enterocolitis and sepsis (compared with formula).

For the rest of the Australian community, accessing milk banks is almost impossible, so many families who require a breastmilk alternative are utilizing social media and other community networks to find donors. These are entirely unregulated, although some web pages provide guidelines for collection, handling, ‘home pasteurization’, and storage of breastmilk. Donors will sometimes sell their milk, which is considered highly unethical, although reimbursement of a donor’s costs may be acceptable.

The Australia Breastfeeding Association does not endorse private exchanges of breastmilk supplies, as there can be no guarantees of safety for infants. It does provide web links to sites with guidelines for private milk sharing in case members are interested in this route, so that families (and donors) can be appropriately educated.

Ideally, formal human milk banks should be accessible to all families who, for whatever reason, require a safe alternative to maternal breastmilk. However, given the high set-up and running costs, and the fact that most mothers should be able to feed their own infants if given adequate support, perhaps any funds would be better spent for now on improving health sector lactation support, maternity leave financial support and breastfeeding infrastructure. Informal exchange of breastmilk is hard to endorse, given the inherent risks, however, if families are well educated, and guidelines are adhered to, the risks can likely be significantly reduced. Given the myriad health benefits in utilizing human milk over formula, many families will likely consider these risks acceptable and will continue to utilize donor human milk where available.

In Lisa’s case, her dads explain that they are sourcing the milk from three altruistic donors who are all long-term friends of the family. They are all healthy women, and all have been strictly following the advice provided on the ‘eats on feets’ and ABA websites to ensure the milk is managed safely. The paediatric registrar has discussed this with the parents and reminded them about the risks of viral and bacterial transmission even with all due care, but as Lisa is otherwise a thriving baby, with just a mild case of bronchiolitis, there appears to be no cause for further investigation or cessation of the current feeding regimen.