The occipito-mental view demonstrates the upper and middle thirds of the face including the orbital margins, frontal sinuses, zygomatic arches and maxillary antra

The occipito-mental 30o view shows 30o of caudal angulation. The orbits are seen less well, but zygomatic arches and the walls of the maxillary antra are seen clearly.

Look at the McGrigor lines on these two views: 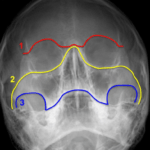 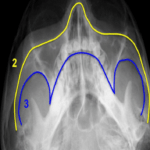 Common fractures and their management 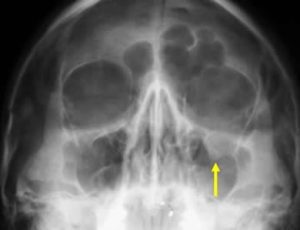 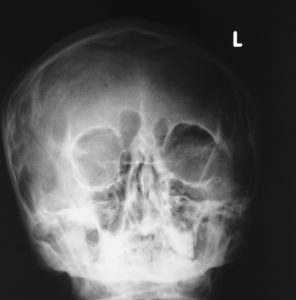 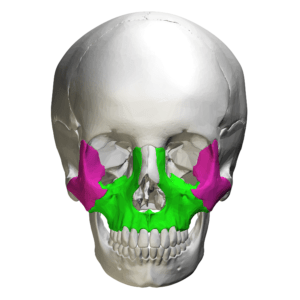 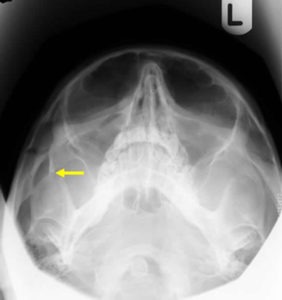 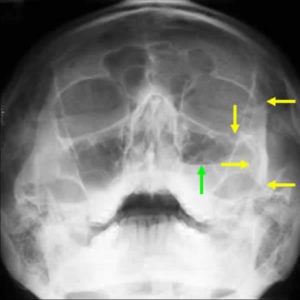 These are classified using the Le Fort classification system. Fracture of the pterygoid process is mandatory for a Le Fort fracture to be diagnosed. 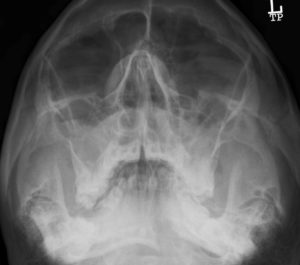 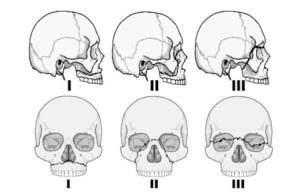 If you want to test yourself then Norwich Image Interpretation Course has a great online facial x-ray quiz.

Author: Tessa Davis Tessa Davis is a Consultant in Paediatric Emergency Medicine at the Royal London Hospital and a Senior Lecturer at Queen Mary University of London.
December 2, 2016 1

One Response to "Facial bone x-rays"