Often we are asked to look at a febrile infant with what appears to be a viral illness. But could there be something else going on? If you believe in Occam’s Razor or the law of parsimony then you might think the simplest solution, the obvious viral illness, is the cause of the fever. But what about Hickam’s Dictum – the patient can have as many diseases as they please?

Obtaining large cohorts of subjects can be a challenge in any field of paediatric research. One way around this is to collect a data set that includes a wide number of potentially useful variables. These data are much more reliable if collected prospectively and if the secondary analyses are pre-planned rather than decided post-hoc.

This study is a preplanned secondary analysis of data collected in this PECARN study.

The question they are trying to answer in this analysis is: In well-appearing febrile children under the age of 60 days with a proven viral infection, how many also have a concomitant serious bacterial illness (SBI)? 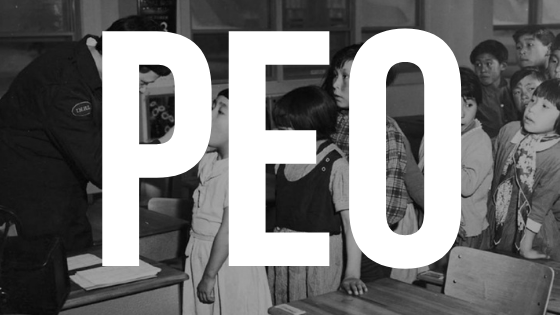 It was a convenience sample of children 60 days old or younger that presented to one of 26 EDs in the PECARN network. These kids all had to have a temperature of > 38°C degrees measured rectally, either in the ED or at home and had to have been investigated for the presence of an SBI using blood, urine and sometimes CSF cultures. The infants involved in this secondary analysis also had to have had viral testing of some sort.

Clearly unwell children, or those with serious comorbidities, were excluded making it much more of a test of what we do in the real world. These kids are those we see every day in the ED, those that fall into the murky grey zone between clearly well and clearly unwell.

We are interested in those patients who have a proven viral illness. The outcomes of virus-positive and virus-negative children were also stratified by age. The presence or absence of a viral illness was determined by rapid testing, immunofluorescence or viral PCR depending on the centre.

The investigators sought to determine how many of those children with a proven viral infection also had a serious bacterial infection. In this study an SBI was classified as either bacteraemia, bacterial meningitis or a UTI.

Let’s take a look at the quality of the study. As this is an observational cohort study I am going to use the CASP tool and look at both this secondary analysis and the information gathering methods from the original paper.

1.Did the study address a clearly focused issue?

Yes – what is the likelihood that a child less than 60 days of age, with a proven viral infection, has a serious bacterial illness.

2.Was the cohort recruited in an acceptable way?

We have to go back to the original 2016 paper to find out how the subjects were recruited. Unfortunately it doesn’t actually state how subjects this took place except that they used febrile infants that had been assessed for serious bacterial infection using blood cultures. It might be assumed, then, that this was a convenience sample, rather than one that included all children presenting to the study centres.

3.Was the exposure accurately measured to minimise bias?

Given that exposure was determined as either the presence or absence of a confirmed viral infection and that technology was changing over the course of the study (December 2008 to May 2013) it is possible that some of those patients tested with single viral PCR in one site might be different than those tested with multiple PCRs at an alternate site.

4.Was the outcome accurately measured to minimise bias?

5.Have the authors identified all important confounding factors?

6.Have they taken account of the confounding factors in the design and/or analysis?

It’s not possible to say but probably.

8.What are the results of this study?

Take a look below.

9.How precise are the results?

We are provided with 95% confidence intervals in Tables 3 and 4.

10.Do you believe the results?

11.Can the results be applied to the local population?

The problem, as I see it, is how the study investigators define a viral illness. They use rapid test kits, immunofluorescence or PCR tests that are just not available to me. Whilst I might be an astute clinician I doubt my ability to look at someone and say, “Yes, this child has a viral illness” is as accurate as sticking a swab up their nose and sending it to the lab.

12.Do the results of this study fit with other available evidence?

Yes – a number of smaller studies have suggested similar but this is the first large, multicentre analysis.

Drumroll, please… What were the results?

4778 children were enrolled in the original study. Of these 3072 patients had viral testing performed and the investigators were able to determine SBI status in 2495 participants. 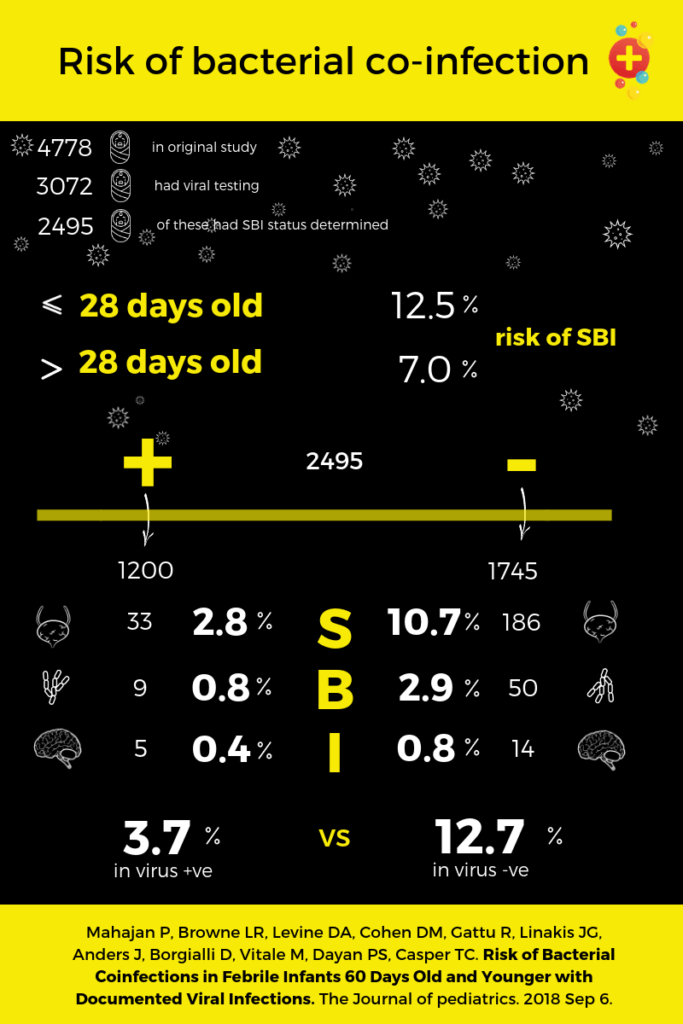 Having a documented viral infection does not make it impossible to have a co-existent bacterial infection though much less likely. 219 of the 2495 children had UTIs. It is also worth noting that Hickam’s Dictum really comes into its own as two of the children had a urinary tract infection, bacteraemia and bacterial meningitis. 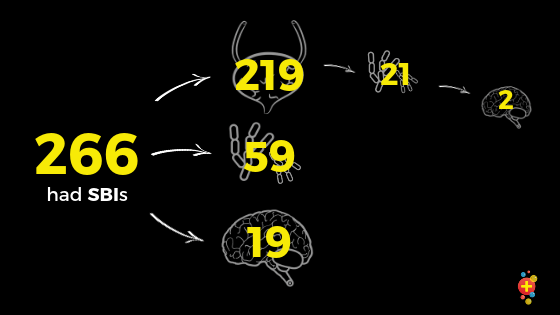 What does this actually mean when I’m at work?

3.7% of those children that were viral positive had a clinically significant SBI with 1% having meningitis. It is low, but it’s not a non-negligible risk. The leading cause of a febrile illness in this young cohort is a urinary tract infection. Just over 10% of those that don’t have a proven virus have one. So, in a relatively well looking febrile infant I am definitely going to try and rule that out first with either an SPA or a catheter sample.

Let’s say I have a relatively well looking 50 day old with no proven viral illness, and I’ve found a UTI, the chance of them additionally having bacterial meningitis is really very small. Then it is time for some shared decision making with the parents.

The authors concluded that in children in the first month of life with a documented febrile illness in the setting of a confirmed viral infection still had around a 1% chance of having bacteraemia and/or bacterial meningitis.