ADC/DFTB Journal Club #1 – November – when is a child not septic?

Sepsis is a word we hear many many times a day. As clinicians treating children, it is one of our main concerns. Amongst all the unwell children we see, how do we work out who is septic and who is not?

This month, for our inaugural #DFTB_JC, we discussed this paper by Snelson and Ramlakhan and we were lucky enough to be joined by the authors themselves.

Snelson E, Ramlakhan S. Which observed behaviours may reassure physicians that a child is not septic? An international Delphi study, Archives of Disease in Childhood, 2018, 103:864-967.

We all have experience of using a sepsis guideline or a sepsis decision aid: 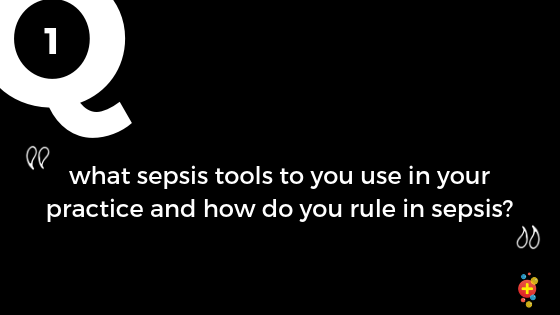 There were a few examples of individual centres and their sepsis tool:

We have a ‘Between the Flags’ approach using the Victor charts https://t.co/ohy1PMX4VX but they are more about vital sign parameters #DFTB_JC

However, most people mainly use a combination of clinical judgement, physiological observation, and gestalt – essentially a combination of factors that nobody could quite put their finger on.

I’m with @Damian_Roland on this. If there was an effective tool to identify sepsis we’d be using it across the board and it would be remiss not to do so. I use everything at my disposal so less a tool than a toolkit. The picture is me, off to rule sepsis in/ out.#DFTB_JC pic.twitter.com/73PueCm2ck

The evidence shows that none of these guides are very sensitive or specific. This means that we tend to over-treat for fear (not unreasonably) of missing sepsis. The authors highlight that all these guidelines rely on quantifiable measures (pyrexia, tachycardia, tachypnoea) or subjective negative features (withdrawn, flat). In real life, we frequently use features of wellness to reassure us that a child does not have sepsis. In this study, the authors tried to identify reassuring features of wellness, that help clinicians decide to exclude sepsis.

Who was included in the study?

The inclusion criteria were ‘clinicians who routinely assessed undifferentiated children in their practice and had done so from the majority of their career”.

The authors approached professional societies of paediatricians, emergency physicians, and general practitioners with an interest in paediatrics. They also asked these respondents to recommend other respondents.

This was a two round questionnaire. They had 195 respondents in the first round, and 104 in the second round (the same group was asked each time).

50% were from North America, 36.6% from the UK, and the others were from a range of other countries. 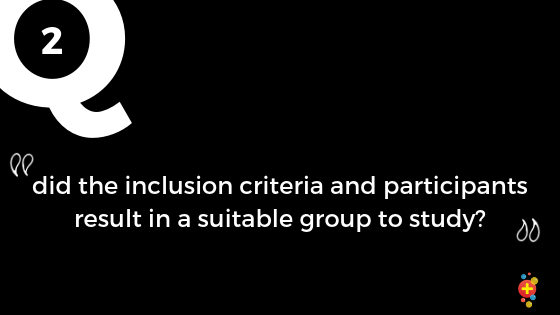 The group felt that this was a reasonable way to recruit participants but discussed reasons for there being many more US respondents than UK ones.

Survey fatigue? I seem to get daily emails asking me to fill in surveys for the Trust, College, GMC, local scouts group…. #DFTB_JC

The Delphi method is a structured communication technique which uses a panel of experts being asked questions in one or more round. After each round, the experts receive a summary of the results from the previous round, along with reasoning. The idea is for them to consider revising their view in light of the previous answers from the expert panel. The Delphi method is usually carried out face-to-face, but a modified Delphi can be carried out via email or online communication.

In the first round, participants were asked ‘What activities or behaviours do you feel are reassuring and significantly reduce the likelihood that a febrile child has possible sepsis?” 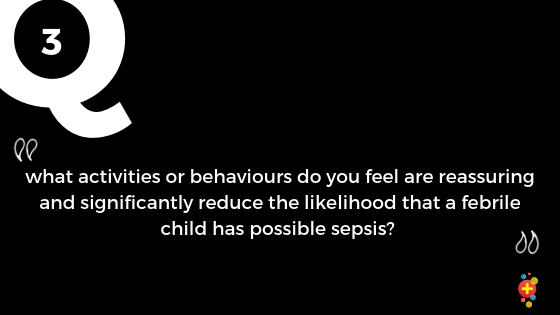 There were 856 responses – duplicates and illogical responses were removed, and similar responses were grouped together in themes. The authors were able to narrow the results down to 14 statements describing observed behaviour.

These 14 statements were circulated to participants for round two. They were asked to grade the degree of reassurance each statement offered on a 4-point Likert scale.

A Likert scale is where respondents mark their agreement/disagreement with a statement on a scale. The scale is usually symmetrical and balanced.

What were the results?

Using an electronic device and being consolable were both only seen as slightly reassuring. All the others were moderately reassuring, with being energetic, smiling or laughing, and chatting/babbling/being talkative were seen as very reassuring.

There was no mention of the famous ‘positive Quaver test’*

We had lots of discussion on twitter about whether or not a child playing on an iPhone in the waiting room was a reassuring sign.

#dftb_jc being iPhone positive is very passive, and requires little effort, so is less reassuring to me than physical activity is

#DFTB_JC
And.
I’ve been in any number of debriefs, and serious incident reviews following deaths where folk have said: “But he was laughing and chatting when he came in…”

And then we had a stark reminder from a parent of how easy it can be to miss sepsis:

Just like to say to #DFTB_JC that when Sam was seen by GP 12hrs before he died he said he was “hungry” & GP took that as reassurance. But Sam didn’t actually eat. Small children confuse tummy pain with hunger.
If you use food as a rule out make sure you see it being keenly eaten. https://t.co/3YJ6kU7BTP

What were the authors’ conclusions? 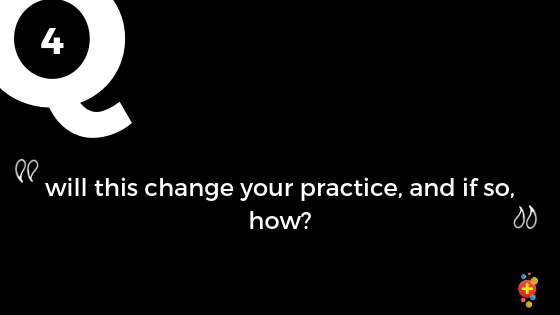 We have worked very hard over the last few years in paediatrics to use and develop tools to help us rule in sepsis. But in spite of the vast bodies of work, we have failed to standardise sepsis tools and really only have guidelines with poor sensitivity and specificity. Consequently we over-diagnose and over-treat this group of patients.

Much of our daily practice encompasses looking for reassuring signs in these patients, and utilising those signs to rule out sepsis. This is the first paper to identify a consensus on which features reduce the probability of sepsis. The next step is to validate the negative predictive value of each of these behaviours.

That’s what @Shammi_ram and I were trying to do. Collect in a load of fruit, find out what kind of jam we could make and bottle that. And there’s one problem with “gut” – one person’s gestalt can just be a way of covering idiosyncrasy. If there’s consensus that’s better. #DFTB_JC https://t.co/L4jzvmjoTv

*other brands of crisps do exist