Victoria Brazil is a senior staff specialist at the Gold Coast University Hospital. She is a world renowned expert in the role of simulation in medical education.

We all think we know the story of Humpty, don’t we? It’s the age old tale of egg versus gravity that doesn’t end well for the egg*. But what if, Vic argues, the team sent to look after him had been trained, not just in trauma management in isolation, but as a team? Would things have fared any better? In her role as Medical Director of the Gold Coast Simulation Service she has pioneered the use of team based in-situ simulation to break down barriers to effective patient treatment. Watch her talk and see what you could bring to your department. 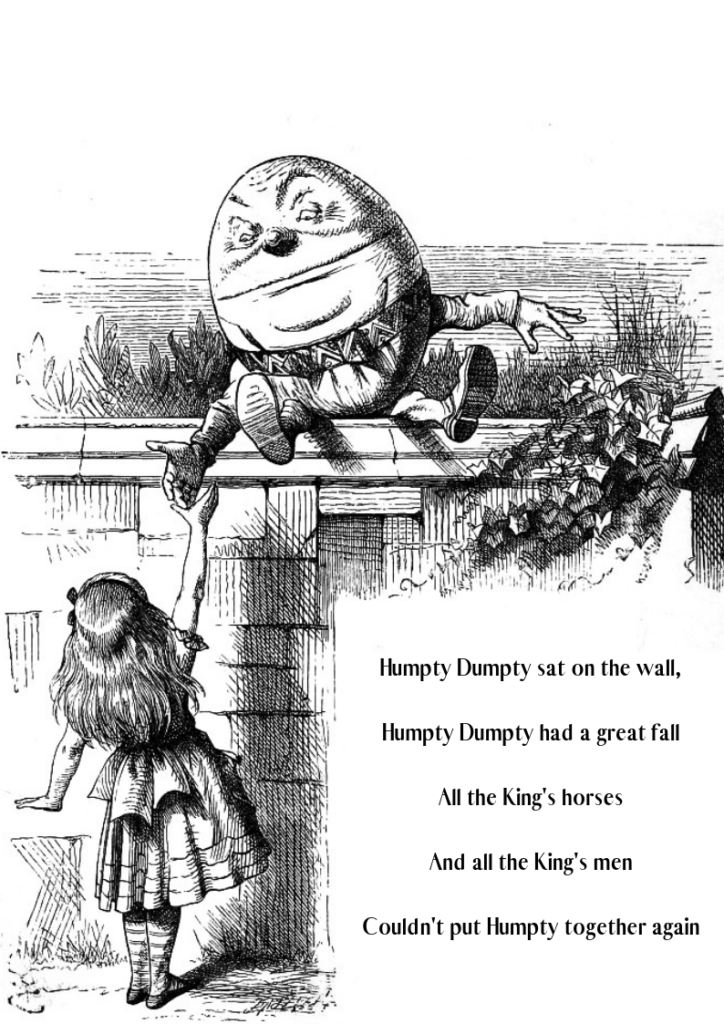 *Or is it? Humpty existed long before Charles Dodgson (or Lewis Carroll as he is better known) portrayed him as an anthropomorphic egg in Through the Looking Glass. The earliest known version was published almost 100 years earlier. But who, or what, was Humpty Dumpty? Was it a colloquial term for a short, round, clumsy person? Was it a thinly disguised reference to the hunchbacked Richard III or was it, as residents of Colchester claim, actually a large, barely mobile cannon used as a siege engine? Alas, we will never know.

This talk was recorded live at DFTB18 in Melbourne, Australia. With the theme of ‘Science and Story‘ we pushed our speakers to step out of their comfort zones and consider why we do what we do. Caring for children is not just about acquiring the scientific knowhow but also about taking a look beyond a diagnosis or clinical conundrum at the patient and their families.