Since being first described by Dr Leo Kanner of John Hopkin’s University in 1943, the terminology used in the diagnosis and reference to autism spectrum disorder has changed multiple times making it confusing not only for families but also clinicians.

Kanner described eleven children in his article Autistic Disturbances of Affective Contact whom displayed “a need for sameness” and lacked social instinct to interact with others. He coined the disorder infantile autism, borrowing the term from Eugene Bleuler whom had used the term autism in reference to adult patients with schizophrenia (although he did not suggest that these disorders were aetiologically related).

Subsequently in 1944, Hans Asperger (psychologist) published an article Die Autistischen Psychopathen im Kindesalter (Autistic Psychopathy in Childhood). There is some contention that whilst Hans therefore was rewarded with an eponymous disorder (which in some countries has been since removed) that in 1926 a Russian neurological assistant (Eva Sucharewa) wrote a paper on the Schizoid Personality of Childhood, thought to describe Aspergers Disorder.

Since its original description and subsequent registration with the International Classification of Diseases and the Diseases and Statistics Manual, autism spectrum disorder has encompassed many names, including but not limited to: 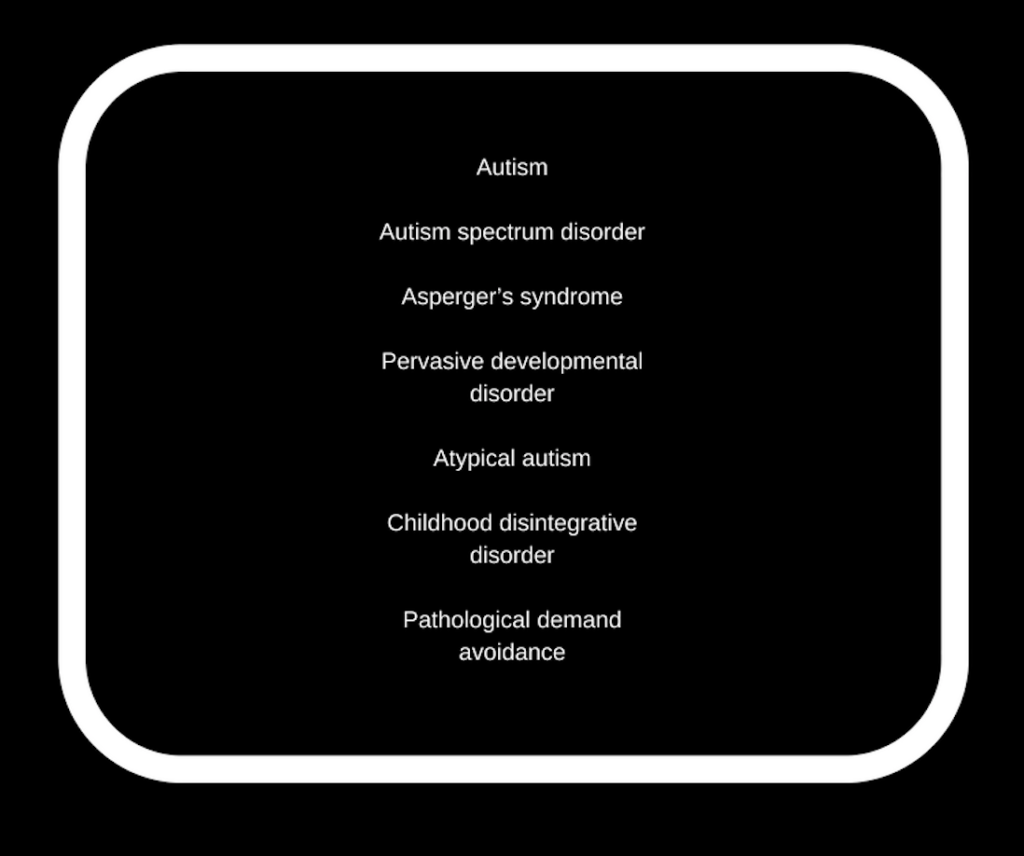 So which is correct?

This is dependent on whether the ICD (International Classification of Diseases) or DSM (Diagnostic and Statistic Manual) is used, with the majority favouring DSM due to it being regularly revised and including diagnostic criteria (as well as being the nomenclature used by other government services such as Centrelink!) 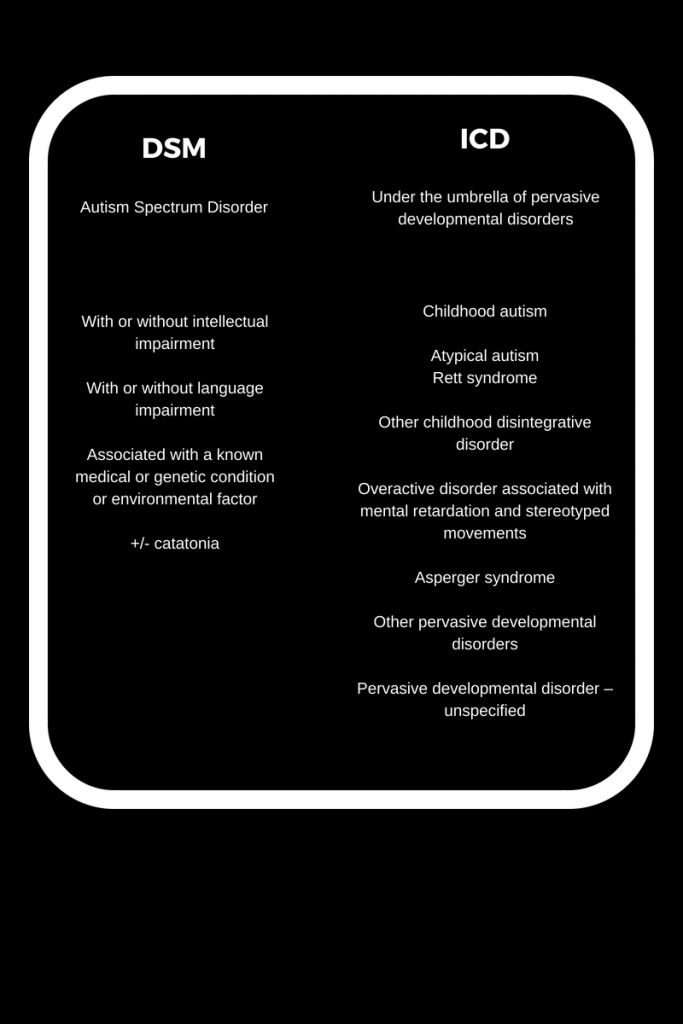 Mary is an advanced trainee in General Paediatrics/Community and Developmental Paediatrics. Has called Townsville home for the last decade. Outside of work, she enjoys eating and Crossfit (one of 'those people'!)

View all posts by Mary Hardimon

Author: Mary Hardimon Mary is an advanced trainee in General Paediatrics/Community and Developmental Paediatrics. Has called Townsville home for the last decade. Outside of work, she enjoys eating and Crossfit (one of 'those people'!)
May 21, 2018 0