It is easy to be bamboozled by the amazing technology we have at our fingertips – portable monitors, ultrasound machines, tricorders – but you only really need to know one button. It’s that one we all instinctively reach for before have even assessed the patient. It’s the big button marked “Silence“.

Emergency departments, operating theatres and intensive care units are noisy places. Our ears are assaulted by the auditory artillery so often it is a wonder that we don’t all get alarm fatigue.

What is alarm fatigue?

With the majority of physiological alarms completely irrelevant to the patient, it is no wonder that we quickly learn to ignore them. The high number of false alarms leads to a degree of alarm fatigue. Some of the alarms you might hear are relatively unimportant and may be viewed as a nuisance – the ECG lead has fallen off – and some – the patient has gone into VT – are critical.  And unfortunately most of them sound the same. A systematic review by Paine et al. found that whilst up to 26% of alarms in an adult ICU might be considered actionable, only around 1% are actionable in a paediatric ward setting. It is no wonder that alarm fatigue has been linked with a number of sentinel events if 99% of them require no action. Such sentinel events have led to ‘alarm hazards’ being ranked in the top three causes of technology related death and have rightfully become a target of The Joint Commission’s National Patietn Safety Goal.

Let’s take a look at this paper from JAMA.

This single-centre prospective cohort study attempted to look at what factors might be associated with alarm response time. The authors analysed 551 hours of video related to the care of 100 children and involving 38 nurses. Whilst the study tries to extrapolate which factors might be related to delays in response time, I think it is worth starting with some of the raw data.

In the 551 recorded hours the nursing staff were subjected to 11,745 alarms – or one every 168 seconds!! Only 50 of the 11,745 actually required any action. Actionable alerts or alarms were defined as those which identified physiological condition that required either an intervention or consultation with a health care provider. 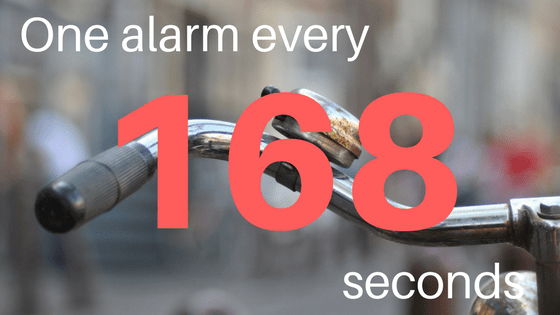 So what factors were associated with a faster response time?

The reason for the faster response time seems intuitive in the first three cases. Perhaps less experienced nursing staff respond faster because they do not know which alarms to ignore.

What about a slower response time?

I think the most telling reason for delay in response was how far into the shift the staff were. As each hour into the shift passed, a 15% delay in response time was noted. Perhaps the constant tintinabullation of tachycardic tones leads to cognitive overload or perhaps it leads to a degree of desensitisation. It is more likely that there is a complex interplay of the two.

What were the limitations of this study?

This was a single centre study involving just a small number of nursing staff. The nurses were aware that they were being videotaped and this may have affected their response times. However, one would suppose that it would globally reduce the time it took to hit the big silence button.

How can we reduce alarm fatigue in the workplace?

Dealing with the problem requires both clever engineering solutions as well as some human ingenuity. Both software and hardware engineers are hard at work, behind the scenes, working out how to use multiple physiological parameters combined to come up with a more accurate alarm. I’ve often wondered where the standardised charts of physiological data for children come from. Most of the data is based on small studies that are 50 years old. Using real-time data from hospital patients analysts are able to calculate the new normal. They can then use this data to alter alarm parameters.

Is there anything I can do on my next shift?

Karnik and Bonafide came up with a great framework to reduce alarm fatigue that you can read here.

Set some limits. Most monitoring devices allow you to set alarm parameters. Use them. If your monitors do not recognise age related limits then you’ll need to set them yourself. Whilst a pulse rate of 160 might be normal for a 6 month old it is not for a 6 year old. If you are lucky then your monitoring device has a (small) built in delay. If the sats dip below 90% for just a couple of seconds before rebounding back, do you need to hear an alarm?

Stick to it. Some of the invalid non-actionable alarms are due to sticky electrodes coming  off, so take the time to attach them securely.

Take it off. Does the patient actually need to be monitored? This is not so much a problem in the paediatric world, thank goodness, where careful observation often outweighs technology. Do you need to use continual sats monitoring in a child with normal oxygen saturations or not requiring oxygen therapy?

Switch off. If monitors, ventilators, syringe drivers and infusion pumps all bleeping and pinging may lead to cognitive overload and sensory desensitisation please switch off your phone. Unless you need it for work how can you complain about alarms going off if you reach for your pocket every time you get a Facebook notification?

I think Edgar Allen Poe got it right…

Hear the loud alarum bells-
Brazen bells!
What a tale of terror, now, their turbulency tells!
In the startled ear of night
How they scream out their affright!
Too much horrified to speak,
They can only shriek, shriek,
Out of tune,
In a clamorous appealing to the mercy of the fire,
In a mad expostulation with the deaf and frantic fire,
Leaping higher, higher, higher,
With a desperate desire,
And a resolute endeavor,
Now- now to sit or never,
By the side of the pale-faced moon.
Oh, the bells, bells, bells!
What a tale their terror tells
Of Despair!