Home > View All > A pair of palsies

A pair of palsies

A 20 day old baby girl was referred to PAU from her midwife. She had shortness of breath since birth and it was worsening. She was pale and at times mottled and blue. The colour change and work of breathing were worse on feeding. She was born at 37+6 weeks with forceps, and she had been jaundiced with a right sided cephalhaematoma at birth. Her right sided Erb’s palsy was awaiting specialist review. Parents said she had moderate work of breathing since birth, but it was now much worse.

She was admitted to HDU and started on oxygen, which was weaned during her admission and she was discharged home on oxygen. She was not intubated and didn’t need CPAP. Blood gases showed persistently high CO2 with slight acidosis and metabolic compensation seen to develop in later gases. 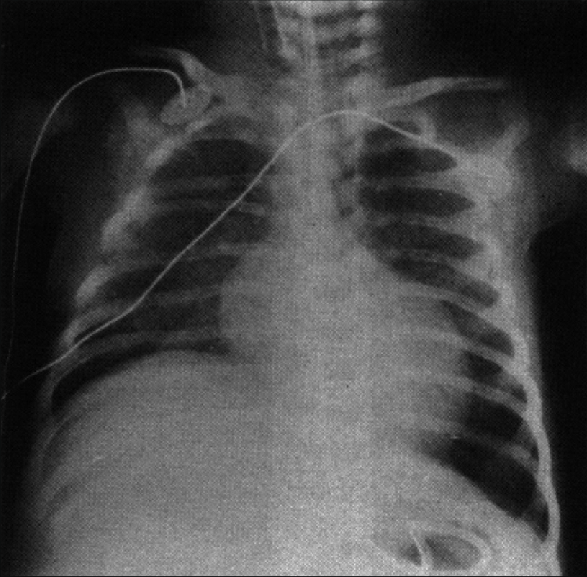 She had a CXR on admission and the following day showing raised right hemidiaphragm. USS diaphragm two days later, showed weak right hemi diaphragm paradoxical movements, but no diaphragmatic hernia, and a normal left hemidiaphragm. She was diagnosed with right phrenic nerve palsy. During admission she had regular physiotherapy to help with breathing and improve lung development, however she had no change in her work of breathing or oxygen requirement. She was NG fed, due to her increased work of breathing and cyanosis on feeding and she remained on continuous NG feeds on discharge until after her review by tertiary specialists. She was referred for diaphragm plication, and continued physiotherapy of the right arm and chest physiotherapy until then.

What is phrenic nerve palsy?

How does phrenic nerve palsy happen?

How do you diagnose phrenic nerve palsy?

Phrenic nerve palsy will usually present will work of breathing, cyanosis, mottling or BRUE, they may also have poor weight gain.

A blood gas will often show a hypoxia and hypercapnia, although the severity of this depends of the severity of the phrenic nerve palsy and how long it has been present. The more severe the palsy and the longer a child has had phrenic nerve palsy the more severe the hypoxia and hypercapnia. If it has gone untreated for a length of time, then compensatory metabolic alkalosis may be seen on blood gas.

Chest x-ray will show a raised hemi-diaphragm on one side, which is usually very pronounced. The hemi diaphragm is raised as there is no innervation to cause it to contract and flatten.

How do you manage phrenic nerve palsy?

The severity of this varies significantly. Some patients need minimal oxygen supplementation, others can require invasive ventilation and intubation. and a few patients will recover without intervention. Most, however,  require surgical intervention or plication. They will need ventilatory support until they have surgery. Plication is the most common surgical treatment for phrenic nerve palsy which involves inserting three percutaneous stitches into the diaphragm and pulling the hemi-diaphragm down. This has be shown to give excellent symptomatic relief and improved quality of life with few complications. Of the children who do not receive diaphragm plication, most do not have complete resolution of paralysis and still have radiologically evident raised hemi-diaphragm. Indications for plication include:

What will happen to her now?

She was referred to specialist thoracic surgeons, who will review her and will likely operate and plicate the diaphragm. Mortality from phrenic nerve palsy is around 19.1%, but is higher with prolonged ventilation, pneumonia, younger age and delayed treatment.

What is Erb’s Palsy?

Erb’s palsy is due to a complex brachial plexus injury. It causes paralysis of the arm after birth, resulting in the arm being flaccid. Erb’s palsy can be caused by birth trauma, such as shoulder dystocia, breech delivery, infants large for gestational age, maternal diabetes and instrumental delivery. 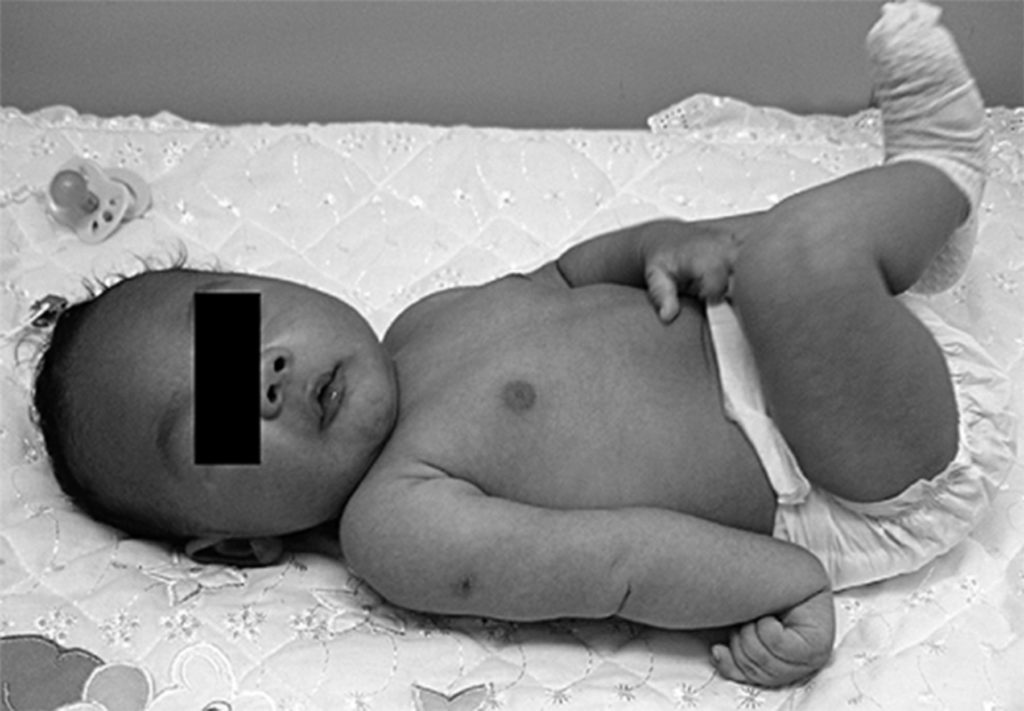 How does Erb’s palsy happen?

It may also occur before or after birth, although there is minimal evidence for this. Most babies with Erb’s palsy will recover, but 10-30% will have residual deficit into adulthood, although this is usually minimal. It is difficult to determine which patients need surgical intervention and which will have a complete recovery.

How do you treat Erb’s palsy?

Although there has been no direct comparison of the management of Erb’s palsy, there is evidence that babies with severe Erb’s palsy benefit the most from surgical exploration and repair as well as physiotherapy. The best recovery occurs with earlier intervention and if there is still impairment after one month, then recovery is unlikely, so surgical referral is recommended as early as possible. The most important factor in Erb’s palsy is rapid recognition and initiation of therapy. Repair can be with neurotization using other nerves from the body to re-innervate the brachial plexus. This improves muscle function but may not allow full function. Nerves of the brachial plexus can be repaired surgically. This can vary depending on numerous factors, mainly the area of the brachial plexus affected. The best outcomes seen after surgical repair for Erb’s palsy, have been with localised short nerve grafts.

Is there a connection between phrenic nerves palsy and Erb’s palsy?