Home > View All > The Diversity of Youth – LGBTQ+

The Diversity of Youth – LGBTQ+

LGBTQ+ people face inequalities in both their access to and experiences of healthcare. We know that these healthcare inequalities are also faced by LGBTQ+ youth. Healthcare services tend to be hetero-normative, and education for healthcare professionals about LGBTQ+ issues is sadly lacking. Mental health challenges are high amongst the LGBTQ+ community, but there are a wide range of other health-related inequalities which are far less well-known but can have significant impacts on how LGBTQ+ young people access and experience healthcare.

I give an overview of them in the paper below, published recently in Archives of Diseases in Childhood, Education & Practice Edition.

O’Neill T, Wakefield J. Fifteen-minute consultation in the normal child: Challenges relating to sexuality and gender identity in children and young people. Archives of Disease in Childhood-Education and Practice. 2017 May 11:edpract-2016.

Let me ask you the following question:

“Teenage lesbian and bisexual girls have higher rates of what compared to heterosexual girls?”

You might think about it for a moment, and then say “depression”, “anxiety”, “self-harm”. All are correct, but the answer I’m looking for is “pregnancy”.

Pregnancy rates in lesbian and bisexual girls are high, and a result of the well-intentioned international efforts to reduce teenage pregnancies designed with a completely hetero-normative approach. In addition, LB girls are more likely to have consumed alcohol at first sexual encounter, are more likely to be coerced into sex with males, or sexually assaulted, and are less likely to have access to contraceptive options. Interestingly, in rural areas, pregnancy involvement of gay and bisexual boys is also an issue. In some areas, GB boys in rural areas are three times more likely to have a pregnancy involvement compared to GB boys in urban regions.

It is important to remember that sexual identity and sexual behaviour are different things. The nuances between identity and behaviour need to be understood to help guide advice and risk assessment. For example, young males of colour are at particular risk of acquiring HIV. However, for example, a young black male who identifies as straight but has sex with other males is far less likely to use a condom compared to a young black male who identifies as gay. 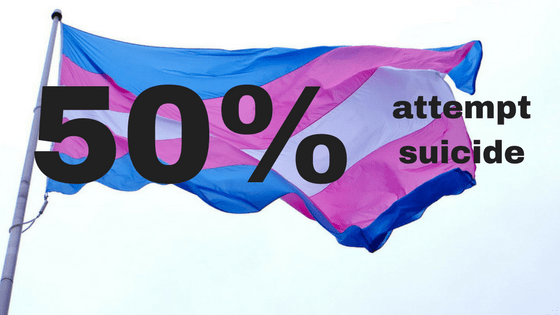 It is true that mental health challenges are extremely prevalent across the LGBTQ+ community, including in young people. LGBTQ+ youth have disproportionately high levels of depression and anxiety compared to heterosexual and cisgender peers. Self-harm is also a big risk in LGBTQ+ youth. Over half of gay youth self-harm. For young people of colour, this rises to over 80%. Suicidality is high for all LGBTQ+ youth. The suicide rate is most shocking for trans young people, with latest figures suggesting up to a staggering 50% of all trans young people attempt suicide.

Eating disorders are also common in LGBTQ+ youth; again in particular trans young people, who are four times more likely to have an eating disorder than non-trans young people. Without a good awareness and understanding of the issues and emotions experienced by LGBTQ+ youth, healthcare professionals may not be best serving this population. There is limited value in recommending joining a gym, or starting a sport, to tackle obesity without recognising the huge barriers to sport and exercise participation for many LGBTQ+ young people.

Young people often don’t feel they have an adult they can confide in at school, and many schools block access to LGBTQ+ resources and organisations on their computers and in libraries. Very few schools cover any LGBTQ+ topics or include same-sex relationship advice in sex education or PSHE. Interestingly, regions with LGBTQ+ affirmative schools have significantly lower incidences of heavy episodic drinking amongst pupils – regardless of sexuality – compared to areas where LGBT+ issues are not covered, or are discussed negatively. 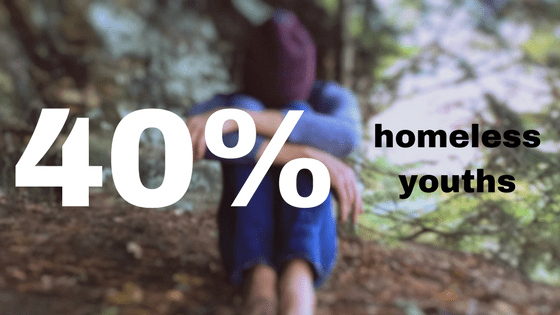 Awareness amongst paediatric doctors of issues relating to sexuality and gender identity isn’t particularly good, although if pushed then some would know, or at least speculate, that mental health problems may be more prevalent in LGBTQ+ youth compared to their peers. The surprising pregnancy statistic highlights the need to consider wider healthcare inequalities and the need for a comprehensive approach to designing inclusive services, policies, and interventions.

As well as challenges with mental health, LGBTQ+ young people face a number of other health-related inequalities. For example, we’re more likely to attend A&E for a general health problem than our GP, due to the more anonymous nature of emergency departments. This doesn’t necessarily provide the most appropriate care. Timely access to services is a huge problem for trans young people, with waiting times for gender identity clinics being some of the longest across the entire health service.

I spoke to a trans young person recently who couldn’t get a prescription for antibiotics from the duty doctor at their GP surgery because the doctor “didn’t understand [their] gender history”. Even simple things, such as the language used by healthcare professionals, can make a difference to young people’s experiences. Asking an adolescent boy who identifies as gay whether they have a girlfriend automatically creates an unspoken barrier.

The #TransDocFail twitter campaign highlighted the numerous failures of healthcare professionals and services to properly care for the health of trans people. It highlighted the existing concept of ‘Trans Broken Arm’. This uses the example of a trans person attending an Emergency Department with a radial fracture but having their entire gender history inappropriately explored by the attending doctor, to describe aituations where trans people are treated differently in emergency departments. Similarly, doctors seem to omit gender history questions when they would actually be relevant; such as not considering gynaecological pathologies in a trans male presenting with acute abdominal pain.

Despite the myriad inequalities that exist, it’s surprisingly simple to make changes. Adopting inclusive language across services, displaying welcoming materials (e.g. posters, rainbow flags or LGBTQ+ policies in public-facing spaces), and increasing education and training of staff across the health service can all be done right now and would make a world of difference to young people navigating through challenges in every aspect of their lives.

A comprehensive article about LGBTQ+ youth healthcare inequalities and advice on addressing these can be found here: https://ep.bmj.com/content/early/2017/05/11/archdischild-2016-311449

I created a set of factsheets in collaboration with the Rural GP Association of Scotland, which have now been used by practices worldwide. They can be found at: www.ruralgp.scot/lgbtq-plus.

LGBTQ+: Lesbian, Gay, Bisexual, Transgender, Queer – the plus incorporates a wide range of identities, including fluidity, which may not always have specific labels. From an academic point of view, much published research focuses on LGBT as a group, with some also specifically including queer and questioning identities. LGBTQI+ is often used to include Intersex people, although the scope of this post does not focus on the specific barriers faced by Intersex people within healthcare services (although there are many crossovers). To read more about Intersex read the DFTB series:-

Trans: Gender identities include trans or transgender, non-binary, third gender, gender fluidity, and several other identities. From an academic point of view, the barriers discussed in this post in general apply to people who do not always identify with the sex that was assigned to them at birth

Cis/Cisgender: Non-trans. Identifies with the gender that matches sex assigned at birth

Many thanks to R Bevan and J Salkind for much of the literature review and compilation of information that formed the background work prior to this blog post. Take a look at some of their great work here.

2 thoughts on “The Diversity of Youth – LGBTQ+”