The first few minutes of a paediatric resuscitation are intimidating and crucial. Every basic life support update we do drills the DRSABCD mnemonic.

Test yourself - What does DRSABCD stand for?

D – Danger – put on some PPE and think situational awareness.

R – Response – pinch the child’s trapezius while asking them to open their eyes..

S – Shout/Send for help – what is the number to call in your hospital?

A – Airway – open it and look for obstructions

C – Compressions – 2:15 ratio with breaths, rate 100-120/min, depth 1/3 of the chest. N.B the two thumb technique is recommended in the current guidelines

D – Défibrillation – 4js/kg, manual defib if you have one, AED with attenuated leads next best, standard AED if no alternative.

The team from Princess Margaret in Perth have made this excellent video of what it ought to look like. Enjoy.

Sometimes a single tweet can stir up something deep inside me that I want to know the answer to.  This time it was Jim DuCanto, airway guru.

Since this is a blog about paediatrics I won’t go into my opinions about mechanical CPR (mCPR) in grown ups. I’ll leave it to Robbie Simpson to rant for me. I have very limited experience in its use which really leads to opinion based rather than evidence based medicine.

I have been at the airway end when it was used as a bridge to ECMO and the cath lab in a case of VF storm in a man younger than me. He walked out of the hospital neurologically intact (N=1). I have also seen many, many dead – if not for the rhythmic mechanical thumping on the chest – that I have had to pronounce when they get to hospital instead of them being left in their own home/residential facility.

Cardiorespiratory arrests in kids are rare with an incidence of around 1-20 per 100,000 person years. The majority are respiratory or due to progressive circulatory shock and occur when physiological compensation can no longer occur. Other than a few rare instances cardiopulmonary resuscitation is liable to be futile. One large study of paediatric arrests found that of those children transported to hospital by EMS survival to discharge was 7.8% (3.5% of infants, 10.4% of children and 12.6% of adolescents). According to the ROC Epistry – Cardiac Arrest the incidence of a shockable rhythm was 4-5% in infants and 15% in adolescents. 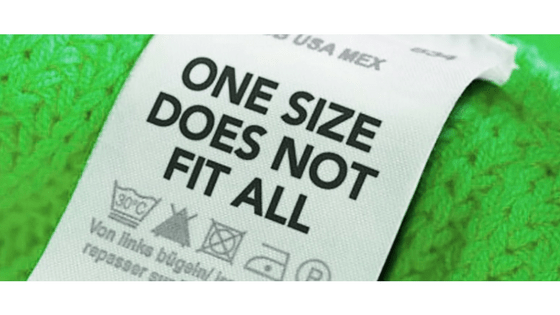 Jim posited that mCPR might buy staff breathing room to plan interventions, but the intervention that is most likely to be effective is airway control and ventilation.

Both devices in current use – the Autopulse and LUCAS-2 – specifically mention paediatric arrests as a contraindication to use. And it is easy to see why. With such variability in sizes it would be near impossible to build a machine that could work on every size of child. So is there an alternative?

Perhaps, rather than relying on technology to do our job better we should focus on incremental gains – doing the basics well.

Even in a large Melbourne quaternary paediatric centre endotracheal intubation is a rare event with only 71 reported events over a one year time period. The majority of these were due to trauma or status epilepticus rather than cardiac arrest. Even then, the first pass success rate was 78%. Other studies have shown an even lower incidence of first pass success when video review was used. They also are associated with prolonged pauses in CPR. You might think that using video laryngoscopy might improve things but that doesn’t seem to be the case in simulation based studies.

Once the tube has gone through the cords we often breath a sigh of relief. If you are anything like me you may have been holding your breath for the attempt and there is a tendency to hyperventilate the patient. A review of simulated paediatric codes found that every single one of them ended up with the patient being bagged around a rate of 40 breaths per minutes rather than the recommended 8-20 breaths. If we want to up our game perhaps we could consider adding an impedance threshold device. These valves attach to the endotracheal tube and limit air entering the lung during the passive expansion phase. This creates a reduction in negative intrathoracic pressure thus improving venous return.

There still seems to be a fear, amongst some healthcare providers, of inserting an intraosseous needle.  It can be confronting, crunching through the outer cortex of bone, but it can (and should) be completed in seconds.

Most studies of paediatric CPR involve small numbers of patients and the heterogenous nature of the circumstances surrounding the arrests make it difficult to combine the data in a meta-analysis. The higher quality studies rely upon video review of the events rather than bystander or scribe feedback. A number of common themes emerge. Chest compressions are performed more slowly than recommended around 10% of the time and too fast around 44% of the time. Once simple low-tech way of improving this is the use of a metronome (or a metronome app if you are so inclined).

We are used to practicing CPR on adult mannequins and know how far to compress the chest. This is less obvious in children and we have a tendency to lean on the chest during the decompression phase. Force transduce/accelerometer technology can provide real time feedback

It’s hard to get real time feedback regarding the quality of compressions and so practitioners could take a leaf from the world of adult resuscitation and use end tidal CO2 as a surrogate marker for perfusion.

Low dose, high frequency training can help staff retain their skills. Rather than mandated tri-yearly refresher courses, brief booster training has been shown to be equally as effective in improving skill retention.

One other effect of technology has not been considered. It is that it removes us from our patients. It distances us at a time when our empathy needs to be at its greatest. When CPR fails (and it will) how will we feel if we had done everything, using a machine to pump on the chest? Would we feel better or worse than if we had laid on hands? Would it make our young patient more of a person, of a life lived, or less, in our eyes?

So how can we create a calmer resuscitation? Come to DFTB17 and listen to Tim Horeczko to find out.