Most of us consider sex as a black or white issue. You are either male or female.  But the truth is not as simple as that. Sexual identity lies on a spectrum. The arbitrary terms of male or female are a human definition rather than a natural one. A person may be born appearing to be mostly male on the outside but with female-typical anatomy on the inside.

The term “intersex’ was first coined by Richard Goldschmidt in a 1917 paper, Intersexuality and the Endocrine Aspect of Sex.

Hermaphroditus, born of Hermes and Aphrodite, combined the best of male and female when the water nymph, Salmacis, fell in love with him. According to Ovid, the 15 year old son of the gods first encountered the nymph in the woods of Caria.  When he refused to give in to her lustful ways she cried out to the gods to never let them part. Her wish granted, their bodies became one  He was commonly portrayed in Greco-Roman art as a female form with male genitalia.

Historically surgical intervention focused on creating gender-normal appearance, often without consideration of sensation or sexual function. Assignment of gender was seen as a medical and social emergency making a fully informed decision making process a challenge.

It seems that pregnant women are constantly bombarded with questions as to the potential sex of their child in order that well meaning relatives can buy pink or blue onesies. But if you look at pictures from the end of the 19th century it would be hard to tell boy and girl apart – they both wore dresses and had long hair until the age of their first hair cut, around the age of 6 or 7. Indeed white clothes were deemed more practical and it wasn’t until around the Great War that gender was divided by colour – but not in the way you would think.

“The generally accepted rule is pink for the boys, and blue for the girls. The reason is that pink, being a more decided and stronger color, is more suitable for the boy, while blue, which is more delicate and dainty, is prettier for the girl” Advertisement for Earnshaw’s Infant Department 1918

The presence of ambiguous genitalia at birth should not be considered a medical emergency and should not detract from normal mother-child bonding.

It was traditionally thought that intersex infants were often best raised as females as feminizing operations were easier to carry out than augmentation of a small penis. Concerns have now been raised regarding the long term effects of feminizing genitoplasty on both gender identity as well as clitoral and vaginal function. Even in the early 21st century female gender sex assignment was performed in infants with micropenis. But as time has progressed the difficulty in assigning gender solely based on the appearance of external genitalia has become more obvious and has been acknowledged by experts in the field.

New Zealand born psychologist, John Money, proposed that “sexual behaviour and orientation as either male or female does not have an innate, instinctive basis. He felt that nurture wins out over nature ever time. He proposed surgical sexing at birth followed by rearing the child as the assigned sex with concealment of the issue to the child.

Countering this argument was Milton Diamond who, in the ’60s,  posited that prenatal genetic and hormonal influences predispose one to a particular sexual identity at birth.

Current guidelines suggest the importance of expert evaluation of the newborn prior to gender assignment as male or female. It does not necessarily mean surgery or hormonal manipulation.  This evaluation is best undertaken using a combined multidisciplinary team with the aim to assign a gender, involving all parties in shared decision making.  The team may include specialist paediatric endocrinologists, surgeons or gynaecologists as well as geneticists and representatives from the spheres of social work and psychology.

How intersex conditions are treated remains controversial with societal pressure on such individuals to conform in terms of physical appearance and behaviour. There is a degree of stigma and shame surrounding the diagnosis of intersex and medical practice is based on the idea of minimising family distress and reducing the risk of stigmatisation and gender-identity confusion. Decisions made, on behalf of the child, by parents and doctors may often have negative consequences for the patients. Parents may have been asked to provide consent for treatment without complete information regarding the potential risks or benefits or alternative options. Each approach needs to be considered in its historical context with each one reflecting the biological, psychological and societal views of the time.

The case of David Reimer

One of the most famous cases of gender reassignment is that of David (Bruce) Reimer. Both he and his twin brother, Brian suffered from difficulty in urinating that was put down to phimosis. They were both scheduled to be circumcised but in 1966, at the age of 8 months, Bruce’s penis was accidentally burnt off during the procedure. New Zealand born psychologist, John Money, persuaded his parents that gender reassignment surgery would be in his best interest and a year or so later he underwent an orchidectomy and was raised as a female, Brenda. Money’s theory was that gender identity was primarily a result of social learning and behavioural interventions – nurture over nature. His initial surgery was followed up with hormonal manipulation and a vaginoplasty.  By the age of 14 however Brenda reverted to living as a male, David, after he found out what had been done to him.  Money wrote many papers based on the case but claimed he was lost to long term. Milton Diamond tracked him down and revealed that Bruce/Brenda had suffered a lifetime of depression that resulted in him taking his own life in 2002. 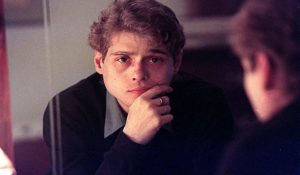 To read more about this fascinating case read John Colapinto’s As Nature Made Him: The Boy who was raised as a girl. For a more fictional literary account of intersex read Jeffrey Euginedes Pulitzer prize winning, Middlesex.

What potential negative consequences have been described?

Adults may feel that the wrong gender was assigned with resultant irreversible surgery.  This may, in turn, lead to loss of sensation and fertility with long term impacts in mental wellbeing. Although most studies have a very small cohort of individuals enrolled, one published in the Lancet in 2003 found that all of their cohort that had been sexually active had had sexual difficulties.

The principles of medical management, derived from the international consensus opinion of the Lawson Wilkins Pediatric Endocrine Society and the European Society for Paediatric Endocrinology, are summarised in the Consensus Statement on Management of Intersex Disorders (2006).

What are the main aims of treatment?

According to Gillam, Hewitt and Warne (2010) the main aims of treatment are:-

In the 1950’s and ’60’s one of the goals of treatment was concealment of original gender to reduce mental anguish.  Some adults now feel that the moment of their diagnosis was the time they started to make sense of some of their life experiences.

The modern holistic approach aims to bring both medical professionals and families together in order to answer their needs, limit interventions and offer alternatives with full disclosure. There will need to be long-term follow-up of these children with ongoing psychological support, especially during adolescence and transition from paediatric to adult care.

It is worth remembering that some causes of intersex can present as endocrine emergencies. Management of these takes precedent.

Aaronson IA. The investigation and management of the infant with ambiguous genitalia: A surgeon’s perspective. Current Problems in Pediatrics. 2001 Jul 1;31(6):168-94.

2 thoughts on “Intersex – the medical management”