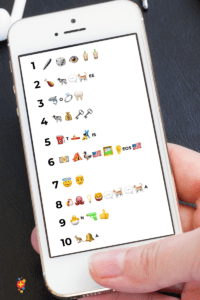 You may know that appendicitis is the most common non-traumatic surgical presentation in paediatrics, but did you know that more than 50% of kids don’t have focal tenderness? Have a read of Arjun Rao’s surgical cases of abdominal pain post for a neat round-up of surgical differentials you should know.

Perthes has gained acclaim for describing avascular necrosis of the femoral head in children, but did you know that Perthes was originally described by an Austrian surgeon called Karel Maydl and has also been known as Maladie de Calvé. Have a look at Andy’s the child with a limp post for a comprehensive review of the causes of limp in kids.

Names after three neurologists who first described it in the 19th century, Charcot-Marie-Tooth disease is a hereditary motor and sensory neuropathy, also known as peroneal muscular atrophy. As the most common inherited neuromuscular disorder, it classically presents with reduced power and sensation in a glove and stocking distribution. The Charcot-Marie-Tooth Association website has some good information for healthcare professionals.

Kawasaki’s disease is a febrile illness presenting in children under the age of 5 and the most common cause of acquired heart disease in developed countries. Classically presenting with 5 days of fever plus four of rash, non-purulent conjunctivitis, mucous membrane changes, cervical lymphadenopathy or peripheral changes, Kawasaki’s can be diagnostically challenging as is a great mimicker of other febrile illnesses like measles, scarlet fever, and Steven’s Johnsons. To make things even harder, it can also present atypically. Have a read of Alyssa’s excellent incomplete Kawaski Disease post and bust a few fever myths with Ally’s epic Hot Garbage post.

The savvier of you will remember we came across gastroschisis in the neonatal quiz. Gastroschisis is a congenital defect of the abdominal wall that means that the gut remains outside the abdomen after birth. If you didn’t have a chance to read Li-Zsa’s short gut post, here is it again.

I never cease to be amazed by the incredible way we have two entirely different physiologies, one in utero and one in the outside world. The ductus arteriosus is one of the many phenomenal plumbing shortcuts allowing blood to bypass the fluid-filled lungs from the pulmonary artery to the descending aorta. It usually closes functionally in the first 24 hours of life but can remain open, or patent, which may mean as little as an incidentally found murmur, or conversely may result in cardiac failure in our premature patients. Two particularly relevant posts are Andy’s transition from fetal physiology post and Ari’s brilliant DFTB18 paediatric murmurs podcast.

Another eponymous syndrome, Dr. Harry Angelman first described this genetic cause of severe global developmental delay, ataxia, hand flapping and happy disposition in the 1960s. Due to the distruption of a gene on the long arm of chromosome 15, multiple different genetic causes have been found; although maternal imprinting is the one we often associate with Angelman’s, the most common cause is a de novo deletion. Read about global developmental delay and take a peek at our quick reference genetic syndromes post.

Purpuric rash, abdominal pain, and arthropathy: the classic triad of HSP. 40% of kids with HSP will have renal involvement and so regular dipsticks and BP review are essential. To find out a bit more about HSP, we’ve linked to a great video in this post. And if you’ve ever wondered whether steroids prevent nephropathy in HSP, take a look at this journal review to find out. And, finally, if you want to find out more about haematuria, microscopic and macroscopic, read Ben’s blood in the water post.

Chikungunya is a viral infection transmitted by mosquitoes in Africa, Asia, and the Indian subcontinent, although outbreaks have also occurred in the Americas and Europe. Its name comes from a native Tanzanian language meaning ‘that which bends up’, because it causes crippling pain in the joints. It classically presents with a sudden onset fever and joint pain, sometimes also with a rash, headache or vomiting. Sadly, low-income countries, where mosquito-borne infections are common, have much higher child mortality rates than the rest of the globe. Where living to your sixth birthday is a miracle gives the tragic narrative behind why children under five years of age born in these countries are more likely to die.

Rubella literally means Little Red in Latin. It’s also called German Measles because it was first described in Germany and has a morbilliform rash, similar to the measles rash. Alongside rash, the child has a low grade fever, coryza and lymphadenopathy. Although pretty mild in kids, it is devastating in pregnant women. Read Andy’s rubella post to learn about the presenting features of congenital rubella syndrome.

Hope you had as much fun as we did! One more round to go. This one will be a little different… it’s the kids’ round.