Mary Hardimon
Community paediatrics / General paediatrics
Cite this article as:
Mary Hardimon. The fidget spinner craze – the good, the bad and the ugly, Don't Forget the Bubbles, 2017. Available at:
https://doi.org/10.31440/DFTB.12234

Unless you have been walking around with your eyes closed, you will have noticed fidget spinners are everywhere! If not in the hands of your little patients, then in the hands of their parents. But is the hype worth it? Whilst they are being marketed as the latest tool for helping those with ADHD and autism, many are left wondering will this actually improve learning or is it just another distraction in our already hectic lives?

Firstly, one must remember that a fidget spinner is a type of fidget toy. The terms are not in fact synonymous. Rather they are just one spoke for the umbrella term: 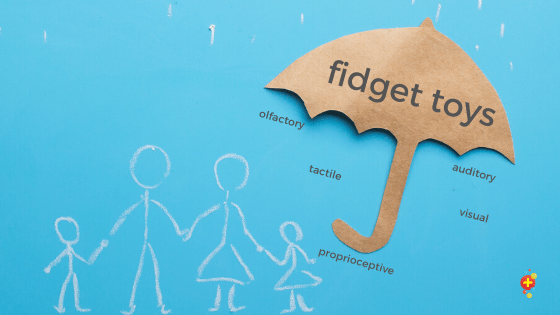 Fidget toys/tools aren’t new. Occupational therapists have been recommending them for years. Whilst evidence behind fidget toys as a group is sparse, generally just being anecdotal, studies have shown that sensory tools such as weighted blankets and vests can produce a calming and relaxing effect in children with ADHD and Autism. When in the “right hands,” these tools can improve concentration and learning whilst reducing anxiety.

We all have a sensory “profile”. Some people prefer deep pressure touch, whereas others cannot stand touch. Some people need music to study whereas others require silence. Some people like to move and touch everything in sight, whereas for others this is incredibly frustrating. The problem is that fidget spinners have oversimplified this. It suggests that every person’s sensory profile can be managed using what is predominantly a visual sensory tool. This is obviously not the case. If the young person requires proprioceptive stimulation to stay focused (think about that person that always shakes their legs whilst they work), a spinning toy is obviously not going to fill that need. Fidget toys – whilst undeniably useful when used appropriately – need to be targeted to the young person’s needs. Strict recommendations around fidget toys are also important to highlight their role as a tool rather than a toy. Teachers should be given recommendations surrounding utilization of these tools, as well as advice that should it not be used for its intended function (e.g. should the young person throw their stress ball rather than squeeze it) it should be removed for a short period.

Finally the ugly of the fidget spinner; when used inappropriately, not only are these toys distracting to other students (as well as their teachers and parents) but they can result in injury. Whilst choking and swallowed foreign bodies are a major concern, minor head injuries and incarcerated digits have been recorded. 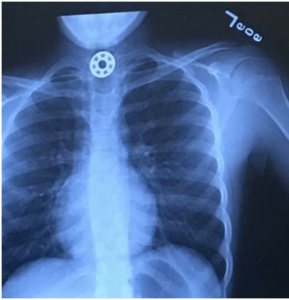 Fidget tools are useful when applied to the right person with the right sensory profile.

The words are always thrown around when a teenager refuses treatment – but how much do you actually know about the Gillick case?