Home > View All > Autism spectrum disorder (Part 2) – why is this happening to me?!

Autism spectrum disorder (Part 2) – why is this happening to me?!

You have been referred Charlie, a 2yo boy, by his general practitioner who suspects that he has autism. He attends your room with his mother who feels helpless surrounding this potential “label” that is being considered for her son. She has a list of questions however her first one is “why is this happening to me?”

Sibling rate of 3 – 20%; the risk doesn’t vary depending gender of affected child or their sibling. There is however difficulty in truly commenting on the sibling risk currently as studies were at the time where Aspergers were generally included (MZ twin rate 36 – 96%)

There is contention surrounding the very significant increase in numbers of persons with autism spectrum disorder and whether this represents a true increase which has occurred through either increased overall incidence or increased recognition of the disorder or whether this represents over-diagnosis. Due to the lack of a sensitive and specific diagnostic test, this is difficult to determine.

Symptoms are typically noted at 12 – 24 months but may be noted earlier where there is associated severe developmental delays; delayed diagnosis may be seen where the child is able to learn and compensate for their deficits.

The aetiology and pathogenesis remains unclear although there are multiple theories. It should be emphasized that immunisation has no association with autism spectrum disorder.­ A good fact sheet for families with this question in particular can be found at:

Autism is multifactorial and despite advances over the last 75 years, exact pathogenesis is not determined and may indeed vary amongst children. Whilst genetic associations have been found, these are not sufficient alone and likely require interplay of environmental stressors/triggers in order to result in the clinical condition of autism. 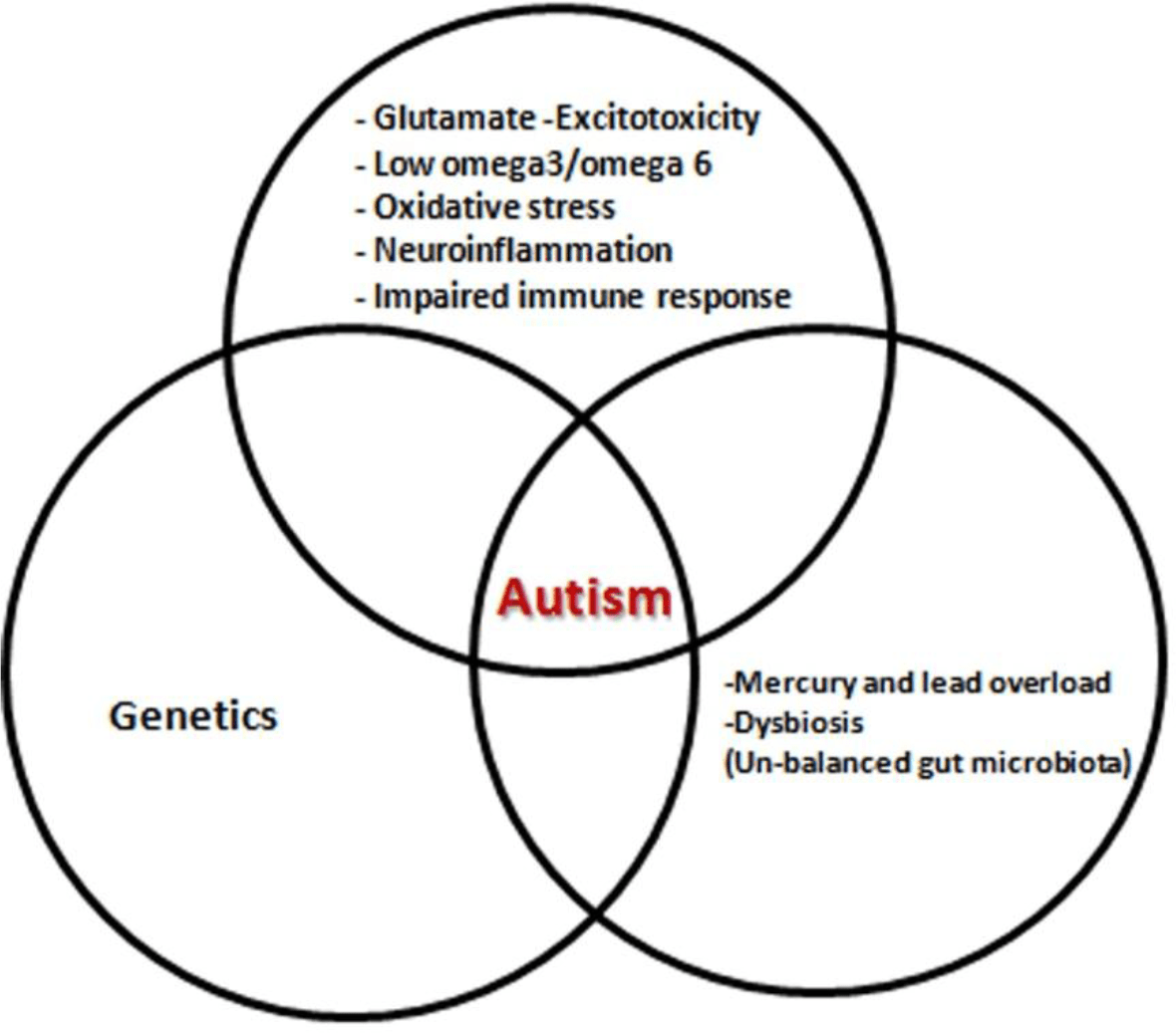 Suggested genetic, environmental and biological mechanisms in the development of autism

4 main accepted aetiopathological mechanisms (outside of genetics) include:

It is okay to admit to our patients/families that we don’t have all the answers and that we don’t know the exact mechanisms surrounding aetiology/pathophysiology!